Show and tell! Show us your scorecards and tell us your stories! Got walloped? Made an epic comeback? Felt the satisfaction of a tactic that worked?

No discussion on aspects of the game mechanics please! 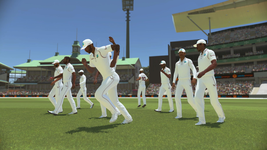 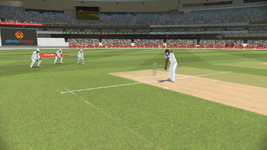 My very first gameplay for Cricket 22. Women's The Hundred Australia Vs England

And my first gameplay for a cricket game since Don Bradman 14.

The bowling will take a little while to get used to, I was trying different things and bowling a lot of Harmison like deliveries.

My first match against England. And in the first match hit the century by David Warner. Amazing game but lot of bugs and missing some content.

A thriller of a match. Loved every bit.

Classic old school Kiwi line up early 1990's New Zealand VS current NZ 100 1st innings.
I wanted to make a CWC 92 uniform but wasn't able to with the options available.
I am not a fan of the fielding mechanics in this game, there are times where the fielder just stands still and does nothing even though I am pressing button and the batters can get free runs.

I've had a go at an Ashes test trying to win down under with England. Safe to say it was a shaky and wayward start at The Gabba!
S

While this game has bugs, limited overs has been nailed down perfect by BA this time around.

Playing my first even One Day International. Australia vs West Indies. The rain meant delayed start. When I started it was 49 overs a side. I began carefully as I wanted to build an innings, However 7 overs in the game, rain decided to show up again and now the match was reduced to 27 overs a side. I had 20 overs remaining and I was 7 overs 30 odd. Was able to post a decent score of 232 runs.

Australia started chasing this so nicely. Warner and Finch took the calculated risk and scored half century each and were part of 150 runs opening partnership.Finch continued and scored a century but was it enough? Watch the last 5 minutes of the video. Amazing heart pumping nail biting match.

Played the First match of the BBL & got the similar result as that of the Real match.

Quite Realistic Game this 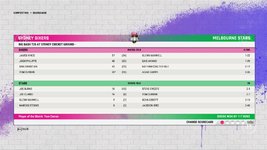 Just had this wicket. Cant stop looking at it! https://www.reddit.com/r/Cricket22/comments/r9j54j

Usman24 said:
Just had this wicket. Cant stop looking at it! https://www.reddit.com/r/Cricket22/comments/r9j54j
Click to expand...

You lowered bounce didn’t you…
You must log in or register to reply here.

Q
Some of my flash fiction stories...