Joe Root has gone full on Ibiza Party Boy on my game, I've got no idea what's happened haha 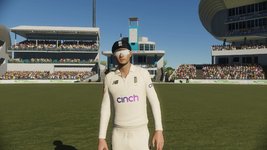 Wanted to share this century because that is one of my favourite ever wagon wheels. 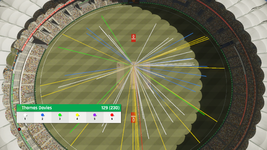 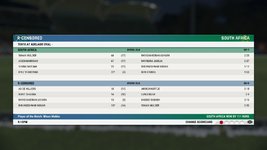 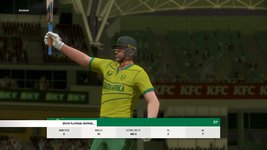 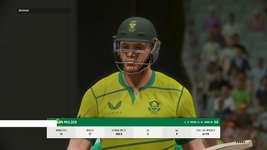 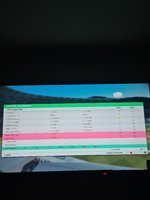 What is the highest scores in test cricket

This is easily the most ridiculous game of cricket I've ever played, whether is be on Cricket 22, 19, or DBC14. I've never played a match where I actually accepted I'd lost, and just tried to bat for net run rate, and than ended up putting myself back into a winning position... to than convert that position into a win, from absolutely nowhere, best feeling I've had in a Cricket game ever.

After winning the toss and electing to bowl, Namibia started rather well, with Zimbabwe 3/89 after 21 overs, however a Sean Williams led fightback saw Zimbabwe finish with 6/315 off their 50 overs. Sean Williams would finish with an unbeaten 127 off 105, with Raza also pitching in towards the death with 36 (35).

On Namibia's bowling front, it was no surprise to see David Wiese the standout bowler, finishing with figures of 2/51 off his 10.

When Namibia walked out to bat they never looked in control of the chase with constant wickets falling throughout their early innings. Richard Ngarava led the charge for Zimbabwe with 4 wickets, as Namibia crumbled to 6/120 after 25.3 overs.
That was when JJ Smit was joined at the crease by Jan Frylinck. The 2 starting plodding along, and steadily built a platform to launch from deeper in the innings. When JJ Smit was dismissed for a brilliant 62 (57), Namibia still needed 103 from 57 deliveries.
That was when Jan Frylinck went absolutely ballistic and smashed his way from 33(37) to 112*(78). He hit 79 runs off 41 balls on his own. That's just under 12 an over off his own bat. A combination of his immense hitting and no balls from Zimbabwe, saw the Namibians score the winning runs off the final ball of the innings. An absolutely stunning match, from 6/120 off 25.3 to 8/316 off 50.

I've never had such a ridiculous match in my life, absolutely stunned. 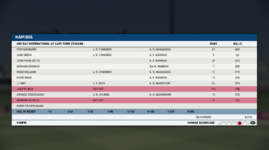 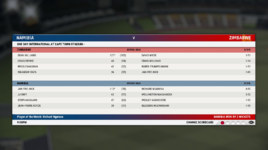 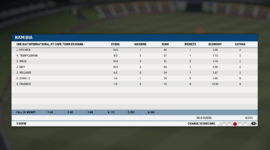 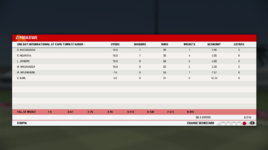 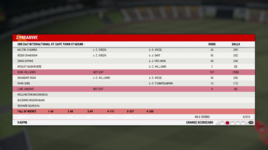 Every ball from Jan Frylinck's stunning 100

karolkarol said:
With the full England team heading to the West Indies in March, Jonathan Trott has selected an inexperienced Lions squad to travel to Sri Lanka for a series of 3 test matches, 2 ODIs and 3 T20's against Sri Lanka A. The tour will kick off on March 1st in Pallekele with a 4 day warm up game against Nepal.

Trott and his assistant Ian Bell have selected an 18 man panel for the Test leg of the tour with a further 10 short form specialists to fly out later.

The 18 man test squad is led by Somerset's Tom Abell, with Joe Clarke of Nottinghamshire his deputy. It comprises some familiar faces to England cricket fans coupled with some maybe less familiar, all undoubtedly hoping to put themselves firmly in the minds of the England selectors, given the transitional nature of that squad currently.

The batting department is anchored by Dom Sibley, keen to rediscover the obdurate form which the county scene has become accustomed to over the last few years. Sibley will be joined by Sussex captain Tom Haines, Warwickshire's Rob Yates, Lancashire's Trott-in-waiting Josh Bohannon, Tom Lammonby of Somerset and the Yorkshire dasher Harry Brook, keen to convert his one day form to the longer game. Abell and Clarke make up the batters.

Alex Davies of Warwickshire and James Bracey of Gloucestershire will vie for the wicketkeeping gloves.

With tracks expected to turn, the spin department sees the inclusion of 4 spinners, Mason Crane of Hampshire, the Surrey spin twins Amar Virdi and Dan Moriarty and off the back of some excellent all round performances in the Bob Willis Trophy for Nottinghamshire, Liam Patterson-White.

Rather surprisingly, Trott has selected only four specialist seamers, with pitches expected to offer little lateral movement, opting for the left arm angle of Gloucestershire's David Payne coupled with the pace of Warwickshire's Olly Stone, Durham's Brydon Carse and the bustling but inexperienced Dillon Pennington of Worcestershire. Abell, it's understood will back up the seam department where necessary.

The squad will depart for Sri Lanka imminently...
Click to expand...

Get this in it's own thread, I'd happily follow along!

With the series at 2-1 to the Aussies I really needed to win this (7 match series) but getting so close, putting together my biggest ever ODI partnership and getting Morgs his ton, hardly seems worth it when I fail to get 4 from 3!!! 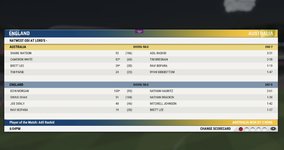 No real story to share, just thought it was a pretty shot: I think I might have whiffed it here a bit. Game was in my hand afterthought 1st day... 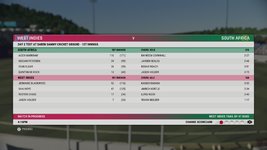 Finished my 1st match. Got smashed to bits besides Holder trying to give it his best Ben Stokes impression... 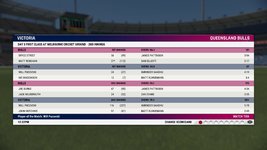 Me: Finally making my test debut. (With a wonderful invisible hat presentation lol) 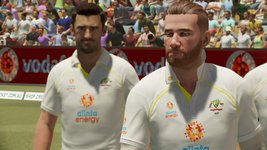 Great little detail, I love that there is a test player number when you make debut on the shirt.

So. Test match batting with Rishabh Pant is about as much fun as you can have in a Test I reckon. Glorious stuff. Today at 2:06 AM
cricboi
C
Q
Some of my flash fiction stories...