Enough is Enough - A Cricket 22 Story 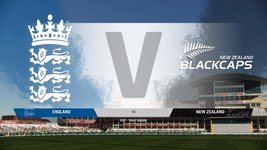 Weather: The forecast is fairly positive for the duration of this one, with most days involving sun and partial cloud plus temperatures that are expected to hover around the low 20s. If there is going to be any inclement weather, it’s likely to be on day three when temps will drop to the low teens and rain is possible amongst heavy cloud cover.

Pitch: A tough pitch to gauge, which could lead to some surprises. At first glance there does seem to be plenty on offer for the bowler, with some initial cracks and plenty of grass. Winning the toss may not offer any advantage as batting or bowling first could lead to a positive result for the team in question.

England head to Nottingham with a 1-0 series lead and the chance to wrap up their first consecutive series wins in over a year.​

Reeling off victories against West Indies, Pakistan and Sri Lanka across 2020/21, England have since gone four series without a win until their successful trip to the Caribbean in March.

Winning by four wickets at Lord’s last week has put Joe Root’s side in a commanding position in this three-game contest, with an opportunity to once again seal a series with one game still to play.

England looked far from certain to win that opening matchup though, slipping to precarious positions more than once before Harry Brook and Ben Foakes took the hosts over the line. 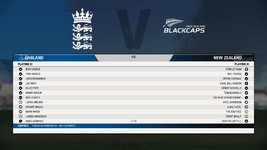 England are once again forced to go without the services of all rounder Ben Stokes after he was ruled out with an ankle injury, failing a late fitness test.

Softening the blow for the hosts will be the long-awaited return of fast bowler Jofra Archer, who slots into a four man pace attack with another returnee, Mark Wood, to give England's attack some real speed.

Wood take the place of Ollie Robinson, who misses out partly due to his bowling similarities with the more established Anderson and Broad. Still, the Sussex man took 4-107 across the two innings at Lord’s with an average of 26.75, making him a surprise exclusion.

The loss of Stokes and the inclusion of two genuine bowlers means England will be leaning heavily on the top order to make their runs in this one.

Burns and Haines once again open, with Bohannon at three despite his lack of recent returns. Captain Root, Ollie Pope, Lord’s century maker Harry Brook and Ben Foakes make up the rest of the top seven.

Kane Williamson’s team didn’t do much wrong in London last week but still head North 1-0 down.

The tourists have made just one change, taking out fiery bowler Neil Wagner for the left arm spin of Ajaz Patel.

With the relatively soft English pitches offering little to a man who can bang the ball in short with the best in the world, it’s hoped Patel will offer something different to the New Zealand attack.

The rest of the team is unchanged, with Latham and Young to open, Conway, Williamson, Nicholls, Blundell and De Grandhomme to follow.

Tale of the tape​

England’s victory at Lord’s shows they’ll be no pushover in this series, though they still hold underdog status against a talented New Zealand team.

One key difference between the teams in the 1st Test was lower order batting, with Williamson’s side getting plenty of production alongside wicket keeper Tom Blundell, who made 180 runs in the game.

England’s lower order have struggled in comparison, and with the tail only getting longer in this game due to Ben Stokes injury and the inclusion of Jofra Archer and Mark Wood, that disparity could only grow wider.

It feels unlikely that a team as good as a New Zealand could lose this series outright with a game still to go, but England have now won four in a row and confidence will be high that they can keep their run going. 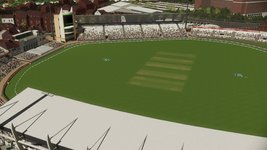 Honours even after well-balanced opening to the 2nd test​

Joe Root led his side with a stunning century on day one of the 2nd test from Trent Bridge, helping England to 294-9 at the close of play.

Root was assisted by another half century from opener Tom Haines, his fifth in five games, but the hosts wouldn’t have things all their own way.

202-4 at tea, the hosts would lose five wickets in the final session to slow their momentum and put a halt to premature thoughts of a sizable first innings effort. 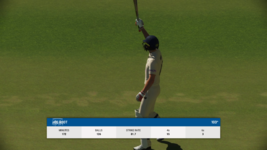 After losing the toss, as they did at Lord’s, England were put in to bat by Kane Williamson. That didn’t deter openers Burns and Haines, who went about their work confidently before Burns was caught behind off Patel just before the drinks break.

Haines and Josh Bohannon put on a useful 44 runs and looked to be heading to lunch unscathed before the Lancashire man became Patel’s second victim, trapped LBW off a ball that turned more than expected for a day one surface.

That left Joe Root to stride to the middle, playing carefully as Haines brought up his half century shortly before the players departed to end the morning session.


With Root going about building his century throughout the afternoon session, the England skipper also passed the 10,000 test run mark, bringing the Nottingham crowd to their feet as the scoreboard displayed a notification of his feat.

The sentiment didn’t stop the Yorkshire man from getting it done on the pitch, working New Zealand around in a near faultless performance with Haines, Pope (26 off 64) and Harry Brook (41* off 96) all providing good support.

Root would eventually raise his bat 10 overs into the day’s final session, with his team well set for a potentially big total at 242-4.

Root dismissal would also see keeper Ben Foakes follow quickly after, his duck a rare failure since his return to the test set up, as England made it to drinks at 253-6. 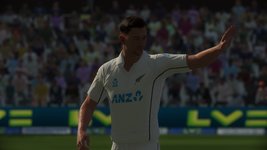 Although England would add a further 40 runs across the final 15 overs of the day, they’d also lose three wickets as Jofra Archer, Stuart Broad and Mark Wood all failed to make a much of an impact.

The trio all fell to Trent Boult, who closed with figures of 19-5-3-65 as the pick of the bowlers, with Patel (26-5-3-83) also offering early returns after his inclusion in the starting XI.

England will begin day two with Lord’s hero Harry Brook at the crease, he’s unbeaten on 41 from 98 balls and has another half century in his sights. Jimmy Anderson will be at the other end, he’s yet to score after facing 14 balls.

“That’s a tough one to really get a read on, if I’m honest, but we can still be pleased to have batted through the day.

“If we’d spoken when I’d just made 100 at 242-4, I think we’d have been looking ahead and hoping for big things tomorrow.

“Instead New Zealand showed their class late in the day and we haven’t quite done what we wanted to close things out. We know to expect that from them though, they’re a class act and you can’t stay on top of them for long.

“We’ll do our best to bat for as long as possible then see what our boys can do with the ball, this pitch is still offering plenty, that’s for sure.”
Click to expand... 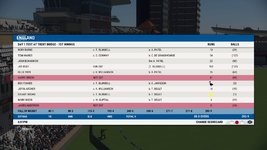 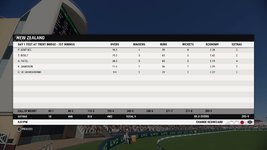 Today at 7:43 AM
passwordistaco