My favourite Paul Adams anecdote is that he didn't have a clue what a leg-spinner or googly was until he was almost 30; instead he called his two variations "inspinners" and "outspinners"
Q

Paul Adams was on my radar. Damn.

Alright, I'll go with a true South African legend in Allan Donald. Frequently the best bowler in the team, he shouldered a lot of the workload in his day. And the rewards came. 330 wickets at 22.25, with 20 5-fers.

For my first non-white player, my pick was a no-brainer. Even though the Howa Bowl (South Africa's non-white competition) was notoriously bowler-friendly, that does not even nearly account for Vincent Barnes having a freakish career bowling average. A true express fast bowler, Barnes mastered both conventional and reverse swing to devastating effect. Under his tutelage as a coach, South African fast bowlers have been consistently elite even amongst their international peers. All the more remarkable then that he was a footballer first (and "a Manchester City fan for 52 years"), not even trying to play cricket until he was fifteen years old. By eighteen, in his own words: "They'd noticed I could bowl quite fast [...] so they picked me for the Province team."

And of course my first two priority picks in Faulkner and Roro are gone.

Oh well, I cannot afford to miss out on Lungi Ngidi. Has only played five tests till now due to fitness concerns and at first glance, two of those away tests may seem very unimpressive and point towards a home bully. Inspect closer however and you will witness that one of those games was on a pitch so devoid of life for pacers that Sri Lanka opted to play only one who was also the captain and he also bowled a grand total of 2 overs in the entire game. A highly impressive fact will be that only two pacers picked wickets in the game with one of them being Ngidi as he dismissed Karunaratne who was the highest scorer in the second innings, never an easy wicket to take. The other game was versus India who batted first and piled on the pressure with a massive score but if performing poorly in a solitary test in India is a criteria to judge a player, Ngidi will very well find himself in top tier company.

A more accurate indicator of his talent comes in the solitary test versus Australia in the infamous 'Sandpaper' series where amidst the plaudits for AB de Villiers freakish century and Rabada's eleven wicket haul, his own contribution of five wickets (one of which was the first innings' highest run scorer for the Aussies in Warner) went under the radar. A Rabada clone (at least 85%ish at the moment

) is the best way to describe him given his ability to bowl quick deliveries and sharp bouncers. His key strength lies in his height which allows him to bowl that awkward back of a length delivery that is extremely difficult to put away, making him a very useful player even when he is not among the wickets. To illustrate how similar he is to Rabada, one only needs to take a glance at their respective first-class records.

If he is fit, there is no doubt that he will continue enriching a long line of excellent bowlers in South African history and has the potential to be one of the best the country has seen. 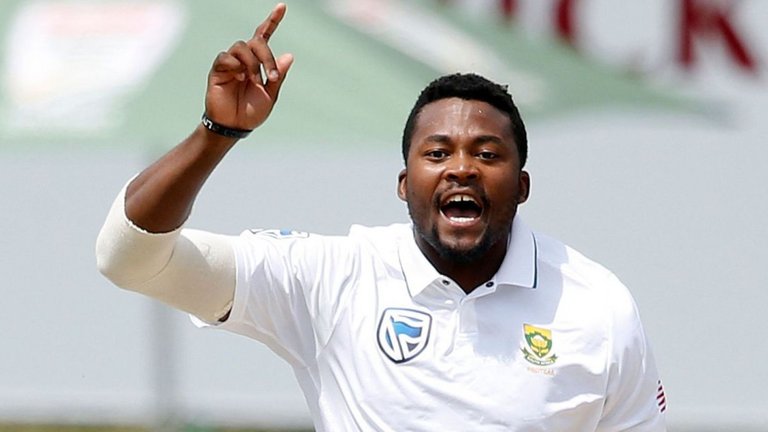 Probably the best genuine black all rounder RSA has ever produced, he hasn't got much opportunity in test matches, but hey, he has been known to break partnerships at crucial junctures and also comes handy down the order, when you need to work out with the tail and hold one end. Much needed balance for my side.

Might as well get this one out of the way. My pick for a South African player who played for another country. 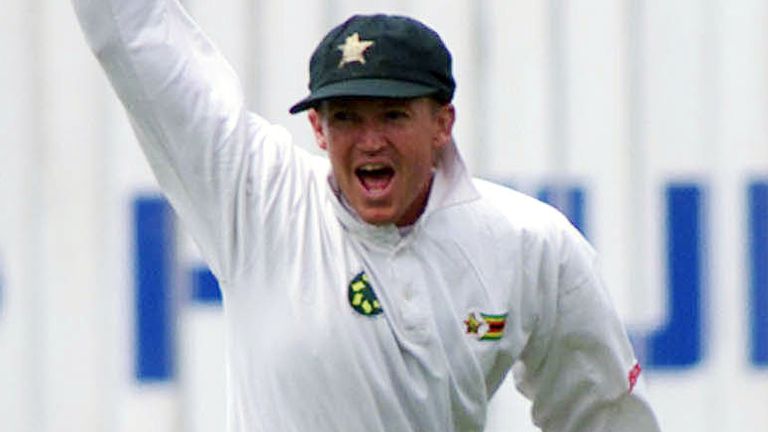 ​
My first player of Colour 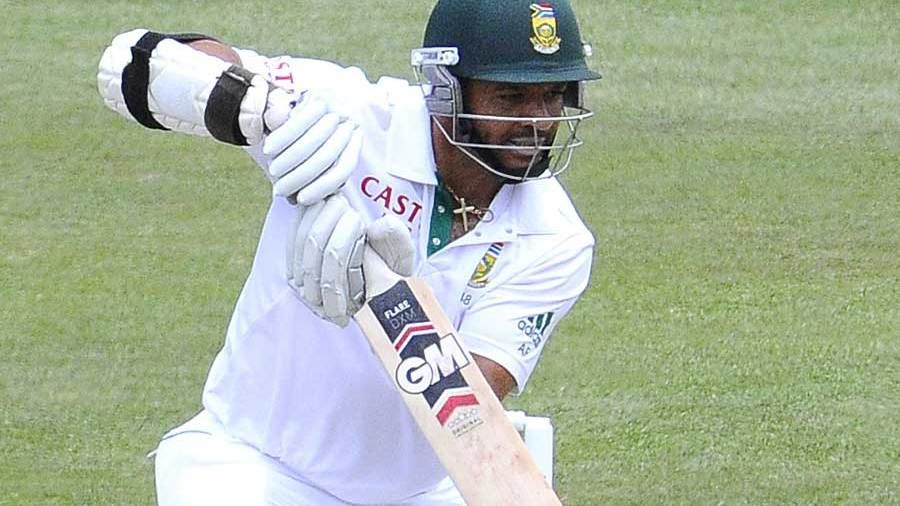 Prince was one of the guys I wanted too. Damn. Alright, I still have options.

EDIT: My team so far, just for reference...

I would like to refer to the below article, if it's formatted correctly...

As @Aislabie said, your picks don't have to had played Tests.
P 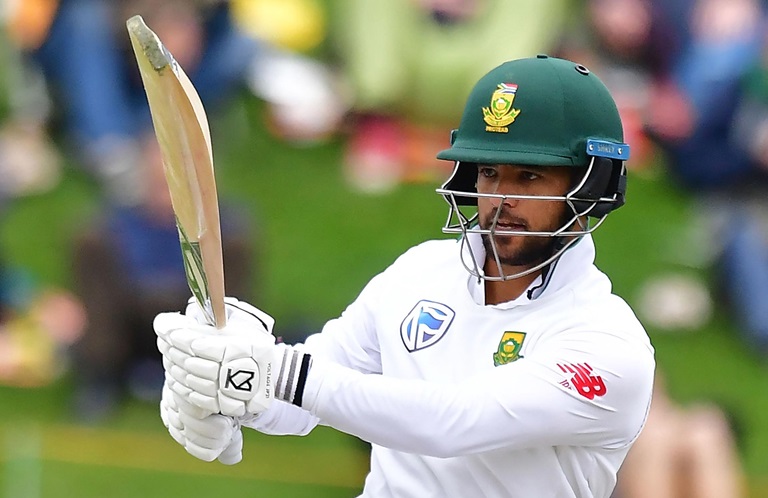 Needed a left hander in the middle order. Jean Paul Duminy can be touted as the most unorthodoxic orthodox player. His strokes are soothing to the eyes but he doesn't sky away from innovating as well. Is a handy part-timer as well. Pretty solid.

He was very much my next pick; I was hoping he'd fly under the radar a little bit

Prince was a very underrated cricketer IMO. Fantastic pick up.

Do my eyes deceive me.... or has Herschelle Gibbs not actually been picked up till now? At first glance, that batting average of 41 does not seem too fancy. Is this a case of a player whose reputation far exceeds his actual ability? No, a simple analysis will reveal that he 47 as an opener which is where he will play in my side. The only ones to better him with significant gametime in his career are the legendary Hayden-Langer duo, the boisterous Viru, classy Anwar and his own captain in Graeme Smith.

Gibbs is certainly one of those cricketers who lived life to the fullest whilst playing; he still calls Cronje his best captain (the clique accusations towards Smith does mean he isn't the most objective here), he has been implicated in multiple controversies ranging from alcoholism, smoking, racism and match-fixing. He has been absolutely poor when he has played sometimes with a range of soft dismissals. And yet, he also had the power to command the willow like few did on his day with thirteen centuries to his name, the best of which came against Pakistan when he absolutely tore into their bowling attack for a double century that wouldn't look out of place in an ODI. A very lean patch towards the end of his career with a failed stint in the middle order has heavily impacted his numbers and perception of him but make no mistake, he was one of the best and most dangerous batsmen the South Africans had for years. As for his fielding abilities, he was anointed Jonty Rhodes' successor the moment people had a look at him. Enough said about that.

Was gonna pick him before Faulkner, but getting a strong spin bowling all rounder, especially from South Africa, was gonna be tough. That's why went for Faulkner[DOUBLEPOST=1606478055][/DOUBLEPOST]

Bevab said:
As for his fielding abilities, he was anointed Jonty Rhodes' successor the moment people had a look at him
Click to expand...

Yet he dropped the cup

Yash. said:
Was gonna pick him before Faulkner, but getting a strong spin bowling all rounder, especially from South Africa, was gonna be tough. That's why went for Faulkner
Click to expand...

Faulkner is absolutely too good to miss out on, no other player can claim to have been the #1 batsman and #1 bowler in the world.[DOUBLEPOST=1606478244][/DOUBLEPOST]

Yash. said:
Yet he dropped the cup

Indeed one of the most ironic moments that sport loves to throw at us, like Messi missing the penalty in Copa America or missing a finish he would usually make in his sleep in the World Cup Final.

After Vincent Barnes, it made sense to pick the player who Barnes himself rated as easily the best he ever bowled at. The thing to remember here is that the Howa Bowl was hell for batsmen. Omar was to non-white cricket what Graeme Pollock and Barry Richards were to whites-only cricket: several standard deviations above and beyond his competition. Across the entire history of the Bowl, no batsman scored more runs than Omar's 3,377 (the next-best, Khaya Majola, scored 17% fewer runs in 50% more matches); no batsman scored more than his eight centuries (indeed it takes the next best three put together to exceed him) and only one other batsman sustained an average of over 30 from more than 20 matches. Omar was so good that on sheer weight of runs, he was able to force his way into the whites-only Natal team during the height of Apartheid. His very best seasons came in 1977-78 and '78-79. Across both seasons, batting conditions were so poor that only three batmen managed to score centuries across all 24 matches. Their names were Yacoob Omar, Yacoob Omar and Yacoob Omar.

@qpeedore
You must log in or register to reply here.