Draft: The Worst of ODI Cricket

DalePlaysSports said:
How does a late pick work btw?
Click to expand...

Late picks are just made any time after the original pick deadline passes I guess.

DalePlaysSports said:
How does a late pick work btw?
Click to expand...

You just jump in when you're available and grab a player.

It allows us to keep things moving most easily

Had no idea that it was my turn!

Will probably make my pick tomorrow, the draft can proceed in the meantime. 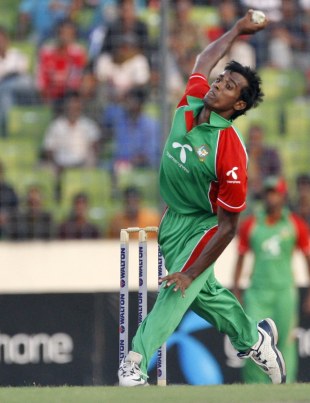 Profile
Honestly, at no point was Abul the Bangladeshi I expected to pick. There are so many mediocre ones who were given so many chances in the ODI team, but I decided I could make up those caps later with some bang-average Bermudian or something, because Abul Hasan is one of the worst players in ODI history and deserves recognition as such.

He is best known for being the guy who was picked in the Test side to open the bowling, came in at number ten and lashed a hundred against some very misguided West Indian bowling (it was the era when Darren Sammy was their pace spearhead). Indeed, his Test batting average is still over 80, because his primary skill (bowling) was never good enough for him to keep his place for very long. "How bad?" I hear you ask. Well, his Test bowling average was 123.66. That's pretty bad.

What's worse is his ODI bowling average. He doesn't have one. In seven ODIs as an opening bowler, spread over six years, he hasn't managed to take a single wicket. On average, he bowls about 5.1 overs per game, and those overs are pretty disastrous: a career economy rate of nearly seven doesn't lie. I don't have much more to say other than his bowling was a lot like Shahadat Hossain, if only Shahadat Hossain was much worse.

The pic you used is of Rubel Hossain.

My pick will be the incredibly leaky Andrew Penn(1997-2000) with five ODI games under his belt. While he was no match for his compatriot Davis' struggles with conceding extras, Penn did not have the extreme pace or the injury troubles that Davis possessed. Penn took the solitary wicket of Saeed Anwar, conceding 7.58 runs per over on average (the opponent totals in all of the games were below 300 with the highest being 282) and was the most expensive bowler in his team on four out of five occasions (second most expensive on the one occasion he missed out). Penn had his fair share of troubles with wild inaccuracy, conceding extras in every game he bowled with two infamous incidents of 8 wides across 24 legal deliveries and 5 wides across 12 legal deliveries versus Sri Lanka. To make matters worse, Penn bowled with the fresh new ball in every game, but never completed his quota on any occasion. Astle out of all players bowled more deliveries than him on four occasions and even outshone him, lagging behind only by 1.3 overs in Penn's debut.

And of course, Penn went on three overseas tours with New Zealand in test cricket but failed to play a single match. Surely, that must be sort of record? Despite his incredibly good domestic record that indicated an aggressive swing bowler who also won the Wellington Cricketer of the Year, Penn retired in 2004 despite being only 30 due to his own increasing injury problems and lack of guarantee over a first team place. In my side he will open the bowling, spraying the ball all over the place to concede loads of runs without ever being truly threatening.

Writeup will be updated later.

@CerealKiller I believe 24 hours have passed. 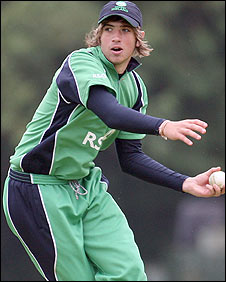 Profile
Jacob-Jan Esmeijer has done many things. He has founded a successful business, run at least a half-marathon in good time, been part of a Netherlands side that won a Cricket World Cup match... but two things he never did were to take a One-Day International wicket, or to make a score of over ten with the bat, despite being selected originally as a left-arm spinning option good enough to bat at number seven.

With the bat, he was dismissed approximately once every nine deliveries, though it was no slight on him that he proved to be ill-equipped to handle Muttiah Muralitharan on debut: most were. What may have been a trifle insulting, however, was that within six months of his ODI debut, he had been shunted all the way down from number seven to number eleven: though the Dutch side was one built around all-rounders right the way down the order, it was still one in which Reinout Scholte was deemed good enough to bat at six.

With the ball - which was, by default, his primary role in the team - he proved to be rather toothless. Though up against very strong opposition, the fact remained that only twice in six matches did he manage to concede fewer than six runs per over in his spell. That said, comfortably his finest hour came against Pakistan, a game in which he managed to complete his ten-over spell while conceding only 35 runs, and achieved a surprisingly acrobatic run-out of Taufeeq Umar. But it says a lot that his finest hour was a game in which he took no wickets and scored no runs.

Role in the Team
Esmeijer comes into the team in the role he was selected to perform: he shall bat seven and bowl his stock left-arm spin. It won't work. That's the point.

Bevab said:
In my side he will open the bowling, spraying the ball all over the place to concede loads of runs without ever being truly threatening.
Click to expand...

Aislabie said:
Esmeijer comes into the team in the role he was selected to perform: he shall bat seven and bowl his stock left-arm spin. It won't work. That's the point.​
Click to expand...

El Loco said:
Disparaging assessments like this are what I signed up to this draft for

ARE YOU NOT ENTERTAINED

Seriously though, I was planning to hold off on Esmeijer for a bit, but then I saw you'd picked Gary Kidd and I decided I had to out-Gary Kidd you

My pick is Anwar Ali. He was tipped for greatness after taking 6-9 against India in the U19 WC final in 2006, but back injuries made his enourmous banana swing all but disappear. The largely toothless medium pacer that emerged out of the doctor's room managed 18 ODI wickets at an average of 52 in 22 matches.

Just wanted to get this pick in line. Will be the captain of my truly inglorious XI. Also, will do a more detailed write-up tomorrow.

@Sinister One with the double pick.

Aislabie said:
ARE YOU NOT ENTERTAINED

Seriously though, I was planning to hold off on Esmeijer for a bit, but then I saw you'd picked Gary Kidd and I decided I had to out-Gary Kidd you
Click to expand...

Well you did go one better cos he hasn't even taken a wicket to be able to register an ODI average, so bad that he can't even be ranked on a table of highest bowling averages!
Although to be fair to him his Cricinfo profile says he has a good sense of humour so I'm guessing he has personality to make up for his cricketing inability...