With T20 cricket on the rise and Australia dominating One Day cricket, the ECB viewed Test cricket as a potential area for success, however with the men's test side languishing in the ICC rankings and having already had one failed captain since the retirement of Michael Vaughan, the ECB had a lot to do and so turned to Andrew Strauss.

Since then Strauss' England have successfully retained the Wisden Trophy, twice, with series wins home and away against the West Indies and have even regained the Ashes. Their toughest test however, could well be up next as they tour South Africa. Graeme Smith's South Africa sit second in the ICC Test rankings and with a bowling attack containing express pace and a batting line up featuring some of the world's best, England will have their work cut out.

The tour will consist of 2 T20 internationals, 4 ODIs and 4 test matches.

England's Squad for the tour;

First up is the T20 series, so I will keep the thread ticking over with updates and hopefully content that gets everyone reading, enjoying and possibly inspiring your own tours!

Friday night at SuperSport Park and a sense of excitement was in the air as the hosts welcomed England. Tonight was the first of two T20 internationals that will be contested between these sides and with England claiming victory in their Super 8s clash last time out, the Proteas were out to make amends.

Graeme Smith won the toss and opted to put England in, on what looked like a batter friendly wicket, but with the potential dew later on in the evening, chasing seemed like a good option. 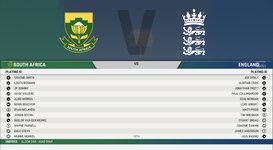 Alistair Cook picked up his 3rd T20I cap, in what was his first appearance in over 2 years and Jonathan Trott kept his place in the side following on from the abandoned match against Australia back in August.

For South Africa, Ryan McLaren played his first T20I, having featured in the one day side against Zimbabwe earlier in the month. 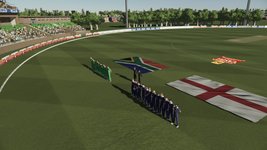 Left armer Wayne Parnell was entrusted with the new ball and kept things tight early on, eventually being rewarded with the wickets of both openers. McLaren leaked boundaries in each of his overs allowing England to tick along, but when Dale Steyn and spinners Johan Botha and Roelof van der Merwe were introduced, the tourists struggled to put any real pressure back on to Smith’s side. At the half way stage the match certainly felt like it was in the hands of South Africa, who would need just 6.9 an over to claim victory. England‘s only real stand out performers were Trott, who managed 50, but at less than a run a ball and a Luke Wright cameo at the back end.

Can Paul Collingwood’s men pull off the unexpected and defend this low total against a batting line up littered with power, or will the Proteas take an unassailable 1-0 lead? Run chase to follow… 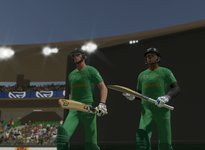 Defending just 137 and less than 7 an over, Jimmy Anderson and Tim Bresnan took the new ball, knowing that early inroads were needed. They managed to keep Loots Bosman quiet enough, but Smith looked determined to lay down a marker and with Bosman on just 10, South Africa’s opening stand reached 50. Change bowlers Stuart Broad and Graeme Swann had backed up the openers nicely, but with no real scoreboard pressure, the Proteas just leisurely ticked along. Broad eventually got the breakthrough, Bosman for 15 and what followed perhaps gave England a sense of hope. JP Duminy was ran out coming back for a second, 70-2 and in the same over Broad also had Smith caught in the deep, 71-3. However Smith’s 50 off 35 balls had all but sealed it for his side and with England‘s allrounders yet to be introduced it was still advantage South Africa. 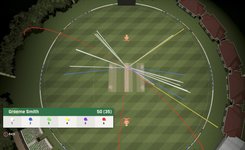 AB de Villiers and Albie Morkel were the new men at the crease and it was Morkel in particular who took a liking to the bowling of Paul Collingwood and Luke Wright, taking full advantage of the small boundaries and medium pace on offer. England’s captain had de Villiers caught by Joe Denly, as he looked to clear the rope, but that proved to be the last thing to cheer about for Collingwood and his side as Morkel 40* (25) and Mark Boucher 6* (3) saw South Africa over the line with 3.4 overs to spare. First blood South Africa.

A 6 wicket victory for the hosts put them 1 up in this 2 match series, but potentially more damaging was the ease in which South Africa chased down their target. With 22 balls still remaining in the innings and neither Anderson nor Bresnan bowling their full allocation of overs, it‘s back to drawing board for Collingwood, as he looks to turn things around and level the series in Durban.

Thanks to all those who have read through this, I hope it’s given you a good taste of what’s to come. Up next, the 2nd T20I at Kingsmead, can I get a win on the board and kick start this tour… 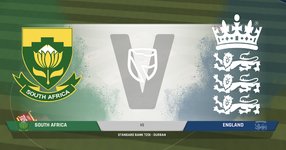 Less than 48 hours on from the first T20I finishing and it was on to the second! Kingsmead in Durban played host to the final game of the series and it was must win for England.

South Africa brought in the tall quickie Morne Morke, as Ryan McLaren missed out and South African born Kevin Pietersen made his first appearance of the tour, as himself and Dimitri Mascarenhas replaced Paul Collingwood and Joe Denly. Alistair Cook took on the role of captain in Collingwood’s absence. 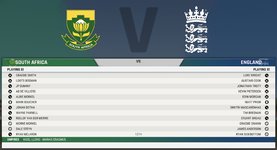 Graeme Smith won the toss and again put the tourists in. Denly’s absence from the side saw Luke Wright partner Cook at the top of the order, following on from his decent knock 2 nights ago. 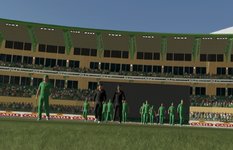 Wayne Parnell took the new ball and straight away began to build pressure. Wright struggled in get the ball away and after 5 dots looked to take a single to mid off that was never on. First over, 1 down, no runs on the board.

Jonathan Trott joined his captain at the crease and was immediately off the mark from the bowling of Dale Steyn, but 4 balls later and South Africa had their second. Both openers gone with out scoring and England were in trouble at 1 for 2. 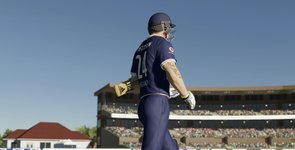 Pietersen was in next and had a lot to do, but wickets fell around him as the Proteas continued to put the squeeze on. Trott and Eoin Morgan fell for just 6 each and once Pietersen’s stay at the wicket was brought to an end off the bowling of Roelof van der Merwe, the innings looked all but done.

Wicket Keeper Matt Prior made just 12 and Mascarenhas could only manage 1 better. England were struggling at 82 for 7 and things got worse when van der Merwe got Stuart Broad first ball. Tim Bresnan and Graeme Swann knocked it round without too much risk until the end of innings, facing 51 balls between them and getting England up to a mediocre 116 for 8 from their 20 overs.

Steyn was the pick of the bowlers with figures of 4 for 21, while van der Merwe also impressed going at less than 4 an over off his full allocation and chipping in with 2 wickets.

In reply the hosts were never really in too much trouble and although they lost their skipper fairly early, AB de Villiers’ 55 not out from 35 balls was too much and too good for England. 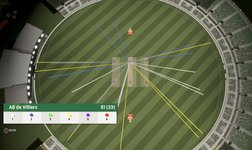 Mascarenhas and Broad picked up wickets, alongside a second run out in 2 innings for JP Duminy, but South Africa breezed home inside 16 overs.

Another dominant performance from Smith’s side saw them comfortably win the match and take the series 2-0 Quite the statement when you also factor in that neither Herschelle Gibbs nor Jacques Kallis played a part.

For England it was a case of being massively undercooked, with their last T20 being almost 5 months ago, way back in June. They will certainly hope that with some game time behind them, the upcoming 4 match ODI series will prove to be much more competitive. Andrew Strauss joins up with the squad and will captain the side, looking to build on their series wins earlier in the year against the West Indies (3-0) and Australia (4-3). 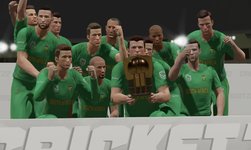 There is certainly plenty more cricket to be played, but for now, here in Durban, South Africa celebrate a much deserved series win.

Up next it’s on to Johannesburg for the first ODI, so keep an eye out for that as I’ll be looking to restore some pride and hopefully get a win on the board.
You must log in or register to reply here.

The Future is Bright - England Lions Tour of Sri Lanka