Draft: The Alphabet Draft 2 - Rise of the Vowels

Heath Streak to complete my team. I am short of an actual specialist spinner, but Ervine and Bonner can more than pick up the slack between them. Full thoughts on my team to come later on.

Right, so I said that I was short of a specialist spinner, and that definitely is a weak spot in my team. But considering the vowel restraints, I didn't do too badly. I mean, only Attapatu was unnecessary in my eleven. (As the resident doctor here, I probably should have gotten "gastrectomy" but thems the randoms for you.) My seamers are good enough, and I have batting up until somewhere around 9. Heath Streak was something of a revelation, I picked him in another recent Draft and he sort of fit perfectly into the spot in this one too. 4 seamers and two okay-ish spinners...fine with me.

Batting is a bit iffy though. Attapatu will probably be batting with Clarke more often than not after a top order collapse. I'm not saying that Nick or Everton are bad, but they aren't that great either. Bonner will bat well though. If only he can understand that you duck under bouncers. Due to the restrictions, I missed out on Nick and Denis Compton batting together...now that I would have liked to see. Clarke in the middle guiding young Josh da Silva will be a partnership to watch, and Alex Kennedy can definitely hold his own with the bat when he's not taking his 226th 5-for.

It's not an ideal team, but it's pretty competitive. Not too much at the top, the middle and lower will get you a lot of runs. And a top-class set of seamers. RAL Massie...nuff said.

Thanks to @ahmedleo414 for this player...

Imtiaz Ali was a good enough spinner, but was only hampered by the fact that Clive Lloyd did not believe in playing spinners, thanks to some really good pacers that he had in his team.

Not sure if merged posts do alerts so, @ddrap14 it's you up now.

qpeedore said:
Not sure if merged posts do alerts so, @ddrap14 it's you up now.
Click to expand...

Dwayne Bravo who will bat six and be a handy seamer, will complete my team.

@mohsin7827 to complete his

Cap is my friend!

5. Misbha-ul-Haq(if he is valid pick) 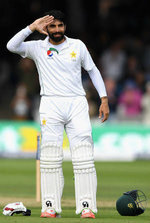 In all serious ness if he is valid pick then he will complete the missing part graciously.

My final pick, this was my most difficult decision, I ended up with Marcus North After years of being consistently on the fringes of the national set-up, Marcus North's chance came when he was picked in Australia's squad for the 2008-09 tour of South Africa, and he scored a century on debut in the first Test at the Wanderers. He had impressed the selectors with his ability to prosper on difficult pitches - his offspin also helped his cause - and it was just reward for one of Western Australia's most reliable performers. Having started with a vital 117 as Australia's batsmen struggled in the opening match, he scored another 38 runs in three innings and picked up two wickets to show his part-time bowling value. Instead of appearing in the third Test, he spent the opening day sick in hospital, but stayed for the one-day series when Adam Voges pulled out. He also went to the United Arab Emirates via Hampshire to cover for Shaun Marsh, failing twice in the ODIs against Pakistan.

The 2009 Ashes was the series for his most accomplished performances at Test level, which included an unbeaten 125 in Cardiff and back-to-back returns of 96 and 110 in Birmingham and Leeds. He also had five scores of 12 or less to highlight his strange hit-and-miss tendency, and his life was made harder by being the main spinner in the decider at The Oval. Back in Australia for his first local Test experience, North was soon struggling and his position was in doubt after only 207 runs in six Tests against West Indies and Pakistan.

Under immense pressure, he went to New Zealand, immediately fixed a damaging technical glitch and picked up 112, 9 and 90 in the two-Test series. "It was a pretty defining couple of innings for my career," he said. However, he faltered again with the bat in the series against Pakistan in England, although he managed to get on the honour boards at Lord's with 6 for 55 in the second innings.

Overall, I am quite happy with my team, I got almost everyone I wanted on my team with the exception of two players.

I've got Yadav for express pace and Nawaz to swing the ball, Cowie can attack the stumps and really keep the batsman on their toes.

For spin, I have Emburey as my main spinner with North and Collins as backups if needed.

I am a bit worried about Owen Wynne as an opener, but with Neil Harvey up next I don't expect there to be too many issues.

My team so far:

@Mittal2002 you can finish your team.

@Ashutosh. and @Murtaza96 you can finish your teams as well

So my last pick for my team's last batting position is TRENT BOULT. 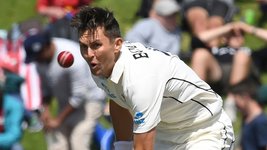 Mostly praised for his deadly spells and stubborn bowling, Trent Boult is also a great fielder to such extent that in my opinion he can be counted as one of the best fielders of this era.
@Murtaza96 and @Ashutosh. are left now.

Thank you to everyone that participated in this.

I will be doing a part 3 in a couple of weeks, which will be the final alphabet draft.

If I have some time I will try to simulate the a tournament in cricket captain.

Draft: The Alphabet Draft 3 - Revenge of the Consonants
7 8 9