Status
Not open for further replies.

1/2 Titans' @shannu_ was not awarded mid-season upgrades for BLS and WS initially, but after further inspection it has come to our attention that he does indeed qualify for them.

2/2 It was also brought to our attention that all of X Rebels owners have been MIA from the forum altogether, and as management it was our duty to at least give them a reminder which we were not able to do.

With that in mind, we've decided to approve X Rebels' upgrades even after the deadline.

@Pravain Spirit of Cricket switched to The Boys due to this gesture of TV
Click to expand...

Like I said before no fun crushing the enemy if they aren't on our level.

@Pravain Spirit of Cricket switched to The Boys due to this gesture of TV
Click to expand... 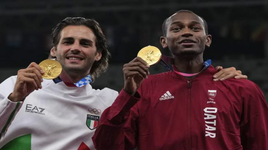 Hey that is behind the doors stuff

Status
Not open for further replies.

Stats Nilay's TPCL CricStats | One Stop for all Stats related to TPCL!