blockerdave said:
There’s one argument, you have to pick Graham Gooch first.

Well that's annoying - all three of my candidates for an opening spot have gone out of the window. I now need to decide between either patching up my batting as best I can or just doubling down and picking some bowlers. I think I'll go for one of each. 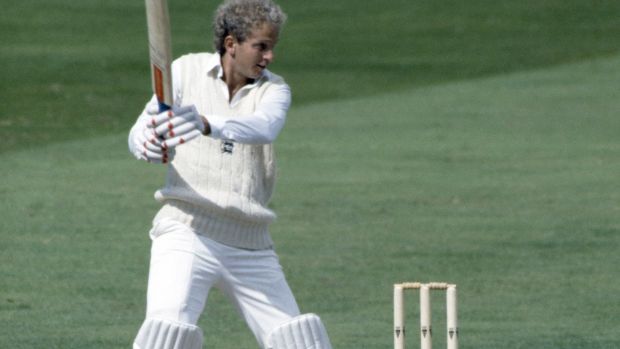 One of England's most visually pleasing batsmen, his output of runs only increased with age as he was England's highest-averaging batsman in the decade. He would ultimately retire with plenty of cricket still in his legs, pushed out of the England side by the attitudes and approach of Graham Gooch as England captain. His free-scoring style of play has persuaded me to pencil him in at number five, but he'll probably end up at number three because there aren't likely to be enough batsmen to go reasonably above him. 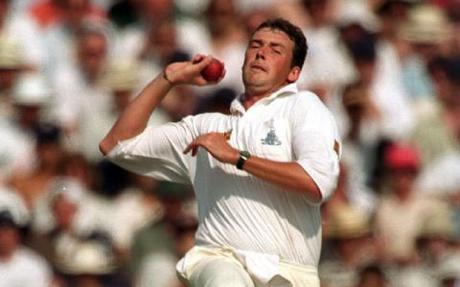 The treatment of England's best seam bowler in the 90s makes me question if they even wanted to win. By his own admission, Gus Fraser was a boring bowler who "spent 95% of [his] career bowling the same ball". The thing is, that is also a description that could be applied to bowlers like McGrath and Pollock. Fraser never quite reached their heights, but he was consistently excellent against the best opposition of his day. He also had a knack for running through teams, and spent the overwhelming majority of his career in the top 10 of the ICC bowling rankings (topping out at number 5 behind only Ambrose, Donald, McGrath and Pollock). Who is to say that with the actual backing of captains and selectors, Fraser couldn't have scaled even greater heights?

Darren Gough for me all day. Gus would have been my nailed on 2nd bowler pick after Dazza.

What a player Gough was, pace, swing both ways with old and new ball, plenty of heart... if he’d played in an era of better bowler management my god he’d have taken plenty more wickets and he took a few as it was!

Darren Gough to be my strike bowler...

Yash. said:
Darren Gough to be my strike bowler...

Literally the pick before you

@Dale88 you are next

There's a real lack of wicket keeping talent in the pool. So for that reason, and him being an utter barmpot, I'm taking Jack Russell

Dale88 said:
There's a real lack of wicket keeping talent in the pool. So for that reason, and him being an utter barmpot, I'm taking Jack Russell

Only other one I've even heard of is Chris Read 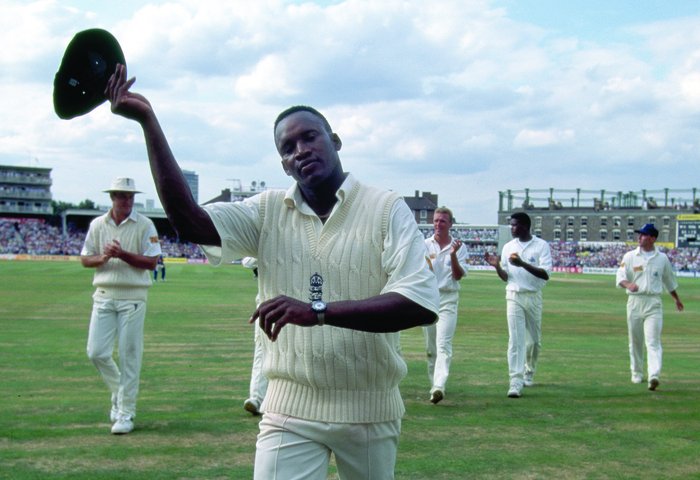 On his day, there was nobody in England for a great many years before or since who could bowl as fast or as well as Devon Malcolm. Of course a career average of 37 does indicate that his day didn't occur every day. He was catastrophically mismanaged, but as an unusually gentle and sensitive fast bowler it is all the more contradictory that he performed to his best under the leadership of Graham Gooch. Regardless, Malcolm will be tasked with bowling short, explosive spells at full pace.

Perhaps then we'll get outcomes like his dismantling of the usually courageous Gary Kirsten, whereby in three balls the left-hander was hit by one delivery, nearly decapitated by the second, then caught-and-bowled fending off the third while backing away as far as he could. If that three-ball duck proved anything, it's that Devon Malcolm was truly great that day.

Wanted a fast bowler and only needed to make it through one pick to get him, so naturally he's gone... so I'll take Andy Caddick instead. Similar sort of player tbh, could be lethal, very often wasn't, and anyway performed well in a 2nd innings when the game was over. Also looks a bit like the Champions League Trophy...


Dale88 said:
Similar sort of player tbh, could be lethal, very often wasn't, and anyway performed well in a 2nd innings when the game was over. Also looks a bit like the Champions League Trophy
Click to expand...


Also can I just say that I'm very much enjoying your write-ups
Click to expand...

England in the 90s man. The stuff writes its self if you pick the right players
You must log in or register to reply here.