Basically, because he'll smash your face in...

A real story of what might have been. Promising start to his England career ruined by having a knee made of paper clips and pipe cleaners. Turns out, the rest of him is pretty solid though...[DOUBLEPOST=1609349478][/DOUBLEPOST]Can't work out who's next
Last edited by a moderator: Dec 30, 2020 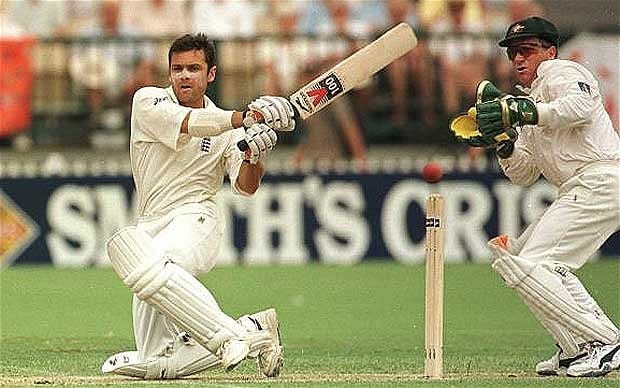 Your batsman isn't scoring runs for England, so you send him back to county cricket. He promptly sets that level alight, so you call him back up the next time there's a vacancy. But he's garbage again, so you send him back to county cricket to score some runs. But he sets county cricket alight again, so you're forced to pick him. Such was the story of Mark Ramprakash, who averaged 50 for Middlesex, 68 for Surrey, but only 27 for England. Forget averaging nearly 70 like he did for Surrey - he only reached 70 three times in his 52-Test career. It is an actual mystery.

@blockerdave has the next pick

I’m probably going to end up with a very long tail, but it’s England 90s - 5 out all out was kind of a motto.

@Yash. to pick next - your last 2 picks were invalid so you can actually make 3 now. Might be worth checking the index before selecting! A bit of his bio from circinfo:

"Aggressive, upright and with the ability to swing the ball both ways, Martin Bicknell is the most underrated opening bowler in England, if only by the selectors. He has a high arm-action, bowls a miserly wicket-to-wicket line, and has been the rock on which Surrey have built their domination of the County Championship in the past few seasons. Bicknell's unstinting efforts at domestic level have, in part, been borne of frustration - his England career has been less a stop-start affair, more a non-stop non-starter. He was chosen for the 1990-91 Ashes tour at 21 - too early - and had to wait until 1993 for his Test debut. He let nobody down, but against a rampant Australian team, he played just two Tests before being consigned to the crowded scrapheap of ex-England cricketers. His opportunities were subsequently limited by Angus Fraser's return to fitness, then by the emergence of Darren Gough and Andrew Caddick, although he was continually mentioned at Test-selection time without quite getting the recall. Instead, he kept himself busy by developing into a high-class county No. 8 or 9, adept at carting tired bowlers. By his own admission, he had given up on England some three years before he earned a shock recall to the Test squad in 2003, when he was 34. He duly took a wicket with his second ball at Headingley, before bowling England to a famous victory on his home ground at The Oval. He was pensioned off for good after that, and his career had rather fizzled out in injury before he called time at the end of 2006."

V good choice, Martin Bicknell was one of those excellent bowlers I had in mind. Definitely should have played more.

blockerdave said:
V good choice, Martin Bicknell was one of those excellent bowlers I had in mind. Definitely should have played more.
Click to expand...

Fully agreed - I also had him in mind for my final seamer.

That said, I was also not expecting anybody to pick up Chris Read until much later, but no worries.

Aislabie said:
Fully agreed - I also had him in mind for my final seamer.

That said, I was also not expecting anybody to pick up Chris Read until much later, but no worries.
Click to expand...

Were Stewie available I’d have picked him as a batsman - I spent the 90s railing against him being used as a keeper so there would have been a delicious irony to me doing so, I didn’t want to.

I’d have used Crawley at a pinch but didn’t want to because again I railed against the “bits and pieces” balance players, and anyway he’s gone too. Maynard was an awful test player.

I could make my peace with having Hegg but not Blakey or Rhodes.

So it was Read or trying to persuade you that Bruce French’s appearance for the 90 Rebels should qualify him for the draft...
Y

I’m struggling in this... Will take some time to research the players

I’m struggling in this... Will take some time to research the players
Click to expand...

On the bright side, you've got about another four and a half hours out of your 24
Y

Aislabie said:
On the bright side, you've got about another four and a half hours out of your 24
Click to expand...

I’d say you all should go on. I’ll pick later tomorrow

Yash. said:
I’d say you all should go on. I’ll pick later tomorrow
Click to expand...

Aislabie said:
Well you've heard it from the man himself - @blockerdave your go (although I kinda hope you're not one of the weird people logged in on PC on New Year's Eve like me)
Click to expand...

Mark Butcher for sure. Hopefully I get my other choices and he bats 3, but can open if I don’t.
@Aislabie 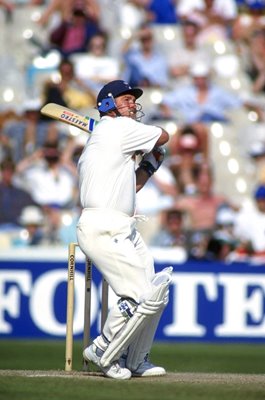 Well, there aren't all that many good opening options out there, so I'm going for a makeshift selection instead. Mike Gatting only opened the batting in three Tests, but he did okay by making 75 against a fearsome Pakistan bowling attack with... erm... well it had some bowlers in it. Not really any of the famous ones. But yeah - if I'm going to pick an opener he might as well be someone with ten Test centuries, a first-class average of almost 50 and boatloads of experience. And an excellent cricket belly.

@Yash. has two invalid picks and one late pick

Basically. I need an opener, and Beef needs a drinking buddy. So Ned Larkins is the man for both
You must log in or register to reply here.